Home Features Never Give Up

Over the past couple of years, Maclay has continued to expand their student body and most recently, senior Jamal Brown has joined the Marauder family.

Brown lived in New York for 16 years, but more importantly he lived in Harlem for 10 years. While attending Harlem’s Children’s Zone Promise Academy II, Brown faced adversities that ultimately stood in the way of his dream to become a professional athlete in basketball.

“Over the pandemic violence started surrounding my school,” Brown said. “It flooded into my school and I didn’t really want to be a part of that or be associated with people that are a part of it. So I moved here.”

According to Brown, fights would happen almost every day, whether it’s in school or out of school. Experiencing this violence first hand in the third grade, Brown learned his lesson and realized that fighting won’t help him pursue his ongoing dream. In addition to violence, Brown also experienced bullying and even witnessed illegal activity while in school.

After the multiple traumatic experiences that Brown faced, he didn’t want to be in this toxic and challenging environment anymore. Struggling to find desire and encouragement in Harlem, Brown’s grandmother and father have been his biggest support system to keep him motivated and focused on his dream as much as possible. To this day, they support Brown by guiding him through life, helping him succeed in any ways possible. When in Tallahassee, he and his dad enjoy working basketball games and workouts into their schedules.

“I feel like I was not motivated when I was in New York,” Brown said. “I wasn’t motivated because I didn’t like my environment and I didn’t like my chances of succeeding. There were a lot of times where I wanted to give up on doing things where I didn’t really have hope. My grandmother and my dad told me to keep my head up and like it’s going to come sooner than later. The man above is going to bless you and you’re gonna wind up getting to a school and playing basketball and football.”

With the ongoing support of his grandmother and father, Brown moved away from them to live with his Aunt who resides in Tallahassee. Brown did this in order to surround himself in a better environment with less violence, bullying and illegal actions. He has spent the past year in Tallahassee taking online classes trying to find a school that suits him and his basketball dream. While looking for high schools to attend, Florida High was one of Brown’s main options due to family connections from his Aunt. However, Brown ultimately decided to attend Maclay because of its calm, peaceful environment and its opportunities on and off campus.

“It’s better than virtual school because it’s easier to keep up with work,” Brown said. “You can actually do the work by yourself and doing it on the computer is a lot more difficult and a lot more stuff to deal with. I haven’t really done it [in person school] since 2019 so it feels good to actually be in school and meet and connect with people and actually have friends.”

In a more positive environment, Brown is making the most of his opportunity to pursue his dream by playing football and practicing basketball for the upcoming winter season. When on the field or court, Brown looks up to one specific player: Allen Iverson.

“He was a kid who came from an area with a lot of problems and went to jail, but somebody from Georgetown offered him an opportunity to play for them,” Brown said. “Then he went to the NBA and won MVP. So it’s kinda like no matter how much you’re struggling in the past you can always make up for it in the future as long as you do the right thing. That’s why he is my favorite because of his story and background.”

As a new student, it can be hard to transition to a new school, especially later in the year like Brown did. Being in a new setting, he hasn’t let his past experience affect his future. In fact, Brown has been using it as motivation and taking advantage of Maclay’s resources.  He uses periods like FLEX to train, meet with teachers, coaches or make new connections with other students at Maclay.

“I’m looking to play sports in college,” Brown said. “That doesn’t mean my focus is gonna be taken off my academic side. I’m always gonna focus on that before sports because in order to play sports I gotta get my work done.”

Brown does not regret his decision of moving to Tallahassee or choosing Maclay as his high school for his senior year. He looks forward to the upcoming basketball season, and is grateful to be in an improved environment optimal to his success as a future basketball athlete. He plans to spend the rest of the year using all his resources to the best of his abilities and making the best of what he has to follow his dream of becoming a professional basketball player. 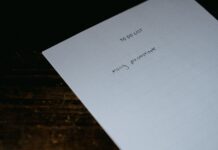 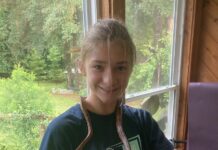 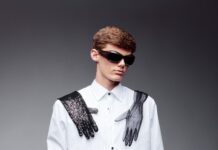