Home Sports A Fight Until the End 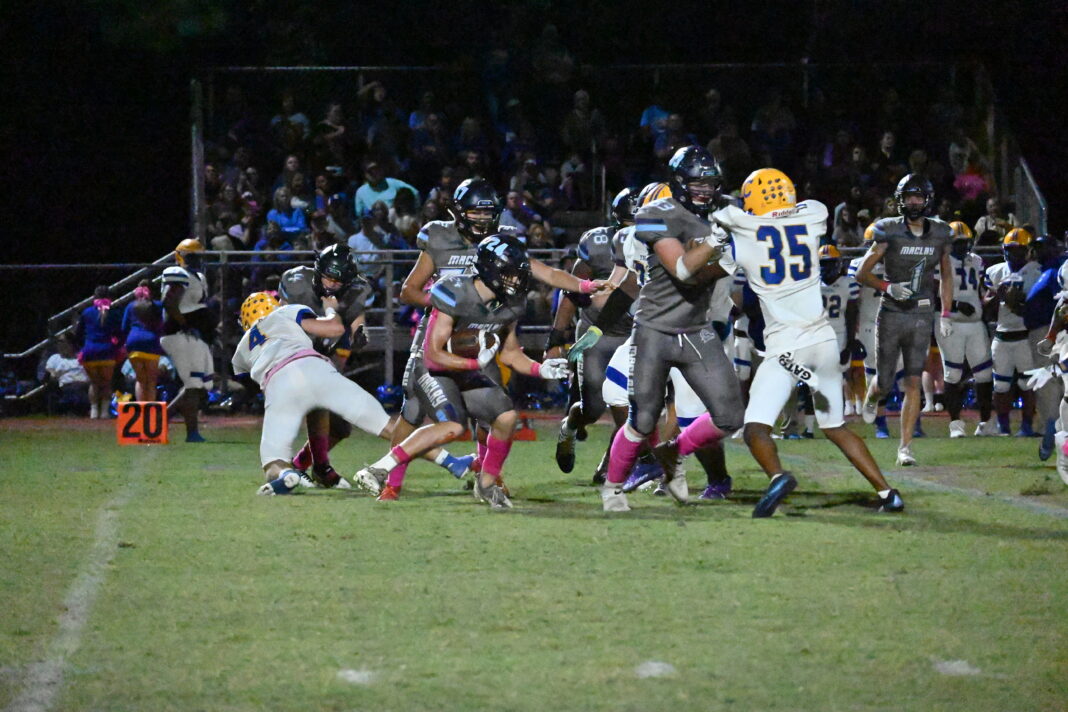 After a long streak of away games, Maclay students and parents were stoked to once again gather around the Frank Shaw Field on Oct. 7.. For the sixth game of the season, the Marauders played Chipley, a team coming in undefeated and only allowing 14 points for their entire season. The game was not going to be easy, but Maclay played what appeared to be their best football of the season. However, the Marauders lost the game 33-28.

“This was the best game that our team played collectively,” senior defensive lineman Evan Brown said. “Though we didn’t get the outcome that we wanted, I am super proud and happy with how we played.”

Chipley opened the game by almost immediately putting a touchdown on the board. The Marauders woke up quickly after that and for the rest of the quarter, they were intercepting the ball and recovering fumbles. They held Chipley to seven points at the end of the first. In the second quarter, things started to look grim for the Marauders after a second Chipley touchdown. As the quarter progressed however, the Marauders began to build momentum. After a great drive to the red-zone and seconds before the end of the quarter, head coach Jason Cauley chose to go for a touchdown and it paid off. Senior wide receiver Caleb Heuchan scored with just seven seconds left on the board, closing the half 7-13.

“Everybody played really hard, even with injuries,” senior Eli Harrell said. “I thought we held up pretty well.”

The Marauders came out of the locker room firing on all cylinders. Senior quarterback Michael Grant once again threw a touchdown pass to Heuchan. The Marauders took the lead 14-13. The rest of the third quarter went Chipley’s way, with their team scoring two touchdowns. Maclay stayed close in the fourth quarter, as Grant connected twice with sophomore wide receiver George Grant. Scoring two touchdowns and bringing the score to 28-33 with enough time left on the clock to drive down the field. The Marauders were not able to score the necessary touchdown and Chipley won in the dying minutes of the game.

“Losses like this, they hurt,” Caulley said. “I’m proud of these dudes because [Chipley] is a 5-0 team that has routed every team they played. They’re bigger than us, faster than us and stronger than us, but we played harder tonight. I love these guys, and tonight they showed the love they have for each other.” 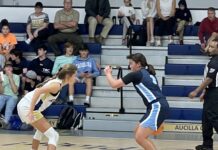 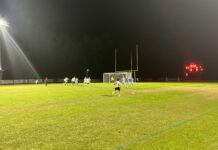 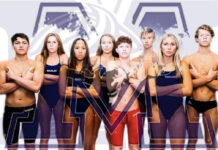