Home News From Florida to the Supreme Court

After Justice Stephen Breyer’s retirement on Jan. 26, President Joe Biden went on a search to find a new Associate Justice for the open seat in the US Supreme Court. In February, after some searching and speculation, Judge Ketanji Brown Jackson was nominated by President Biden to fill the spot of Associate Justice. If appointed, Judge Jackson will be the first African American woman to sit on the Supreme Court. Since the nomination, Judge Jackson completed the Senate Judiciary Committee hearings and is now waiting on the Senate Judiciary votes.

Judge Jackson attended school at Miami Palmetto Senior High School in Miami-Dade County, where she participated in her school’s debate team. Since her youth, she has had a love for the law because her father was a lawyer. Once Judge Jackson graduated, she attended Harvard, where she would later get her law degree.

“I think that her nomination to the Supreme Court is a long time coming that we have an African-American woman sitting on the highest court in the land,” English teacher Mr. Thomas Bevilacqua said. “She is someone that has served as a public defender, which is obviously an important part of our legal system, and she will be the first public defender to ever serve on the Supreme Court, which should not have taken so long.”

During the Senate Judiciary Committee hearing, retired Judge Ann Clair Williams brought up the point of how Judge Jackson does ‘“so much, so well.” The following line of questions by the Senate committee led into other topics, such as her history of sentencing child pornography defendants. Nevertheless, her supporters hope that she can get appointed before Easter.

“I’ve observed from her previous sentencing ruling is that she’s light on sentencing child pornograpahy, perverts, pedophiles and other forms of sex offenders,” sophomore David May said. “She’s very supportive of a certain political party and I don’t think that she should be there because I think she’s too political.” 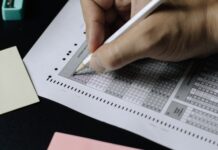 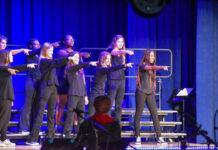 Performances of a Lifetime 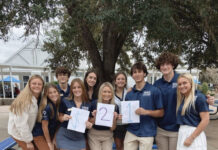