Home Sports The Battle for Meridian: Round Two 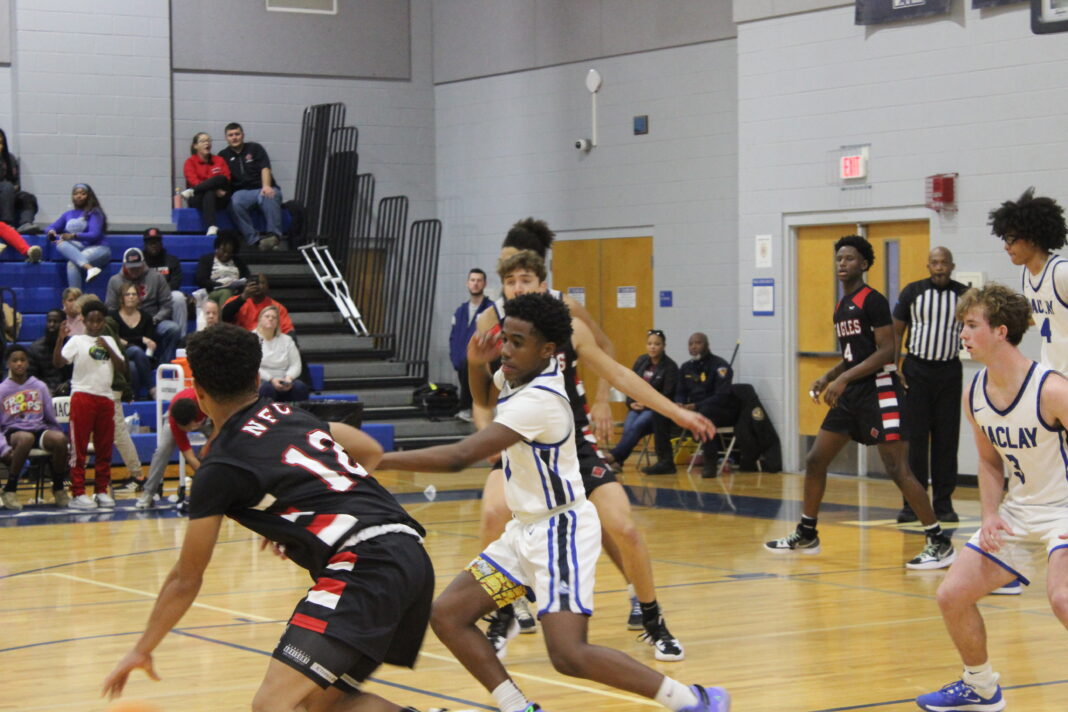 On Jan. 27, the Maclay’s varsity boys basketball faced off against North Florida Christian (NFC) at the Webster gym for the second time this season. At the beginning of the season, the Marauders claimed Meridian for themselves by beating NFC in an away game 52-45. Now, Maclay has retained its reign over Meridian after beating NFC for the second time with a final score of 60-54. For this home game, the Marauders were missing their head coach, Coach Eugene Granger, due to an injury.

“Not having Coach Granger didn’t really change anything that much, because we are sound in our philosophy and Granger instructed the guys to stick to our principles,” Assistant Coach Kendall Randolph said. “We just wanted to win for him and make him proud.”

The game started off with NFC getting the first few points and gaining momentum. Both defenses allowed minimal points. In the first quarter, junior Blaise Wallace took the ball and dribbled through the defense to score a layup, bringing the Marauders up. Senior Jaquay Randolph then got a block and scored another layup, but NFC regained their momentum and pulled ahead. The first half ended with a score of 18-11.

“We knew it was going to be a big game; we just had to come out and do what we had to do,” Randolph said. “It also made it a lot tougher that Coach Granger wasn’t here, but he was still watching. He gave us a game plan and we had to go with it.”

The third quarter was fast-paced, as both teams majorly increased their points to make the score 34-32 with Maclay ahead. In the fourth and final quarter, it came down to a three point game. With only five seconds left on the board, NFC made a three-point shot, putting the game into overtime. Both teams fought hard, but the Marauders pulled ahead in the end and won with a final score of 60-54.

“We wanted to beat them by more, but they came out and played and it ended up being a game,” Wallace said. “It was definitely different without Coach Granger, like in the locker room, but our assistant head coaches stepped up, getting us hyped, and we definitely played for them tonight.”

Maclay now has 14 wins and six losses. Their next game is on Jan. 29 at the Webster Gym against Mosley. 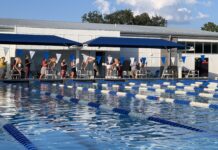 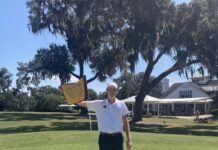 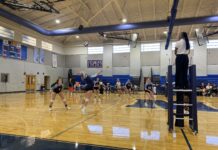