Home Entertainment Inside “Inside Job” 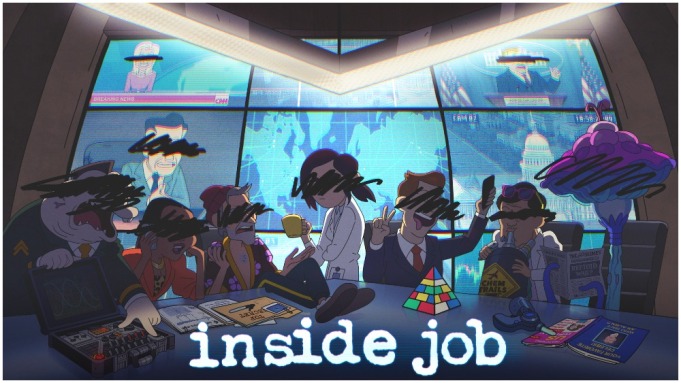 Climate change. Pollution in oceans. Outside forces controlling government officials. All of these topics bring a myriad of questions when it comes to America’s government. In addition to the bashing of political figures and current events, many of these topics also arise in Netflix’s newest original series, “Inside Job.” Released on Oct. 22 and starring Lizzy Caplan as Reagan Ridley, “Inside Job” is perhaps one of the most realistic yet unrealistic depictions of the American government within the world of cinema.

Throughout the series, Reagan shines as a main character and shows her intelligence and creativity through her inventions, including a robot clone of the president known as Robotus at Cognito Inc. When she demonstrates Robotus to the Shadow Board, illuminatis who watch over the company, the whole presentation is amusing due to her anecdotes of how the president is not self-aware and can be easily manipulated. Robotus is of course chipped and follows the every move of its creator, which in many respects can be shown through the government today and how some people seem to be “programmed.”

Although it may be too soon to discuss the manipulation of government officials in TV shows considering current events, the show seems to indulge well in the comical aspect of the news. Reagan even comes up with the idea to compact the president into a miniature suitcase so as to shut him up when needed. Not only does this showcase the series’ hilarious comedy, but establishes a connection with the audience, as Reagan’s idea is probably a relatable desire for people. The whole show acts as a test for the audience to see if they can handle jokes about principles and occurrences within the government. The point of replacing the president with a robot, for example, was to control and manipulate his choices with the use of ideologies through the shadow government.

Reagan and her peers sit at a triangle shaped table, reminiscent of the Illuminati, and create the world’s conspiracy theories through the shadow government. One of these theories is how celebrities are reptoids (lizards), which brings to light how Hollywood can feel cultish and efficient with the amount of control its celebrities and influencers have. Other theories include how people can control the weather and how Dow Jones is controlled by blood sacrifices. The show also introduces believers of the flat Earth theory due to the spread of misinformation through YouTube, which acts as very good commentary on how easily people often fall into the trap of fake news through social media.

Perhaps one of the finest parts of the show was the excellent animation. The design and style of the show brings out each character’s individuality, especially Reagan and her constant bags under her eyes from staying up late with her experiments. The animation isn’t cheesy like a children’s show such as “Spongebob SquarePants” nor is it unbearably lazy like “South Park.” The animation did not take away from the show, instead making it seem like a realistic animated version of what these people and creatures could look like. The animation was especially compelling when it came to people who were also animals, including Glenn Dolphman (John DiMaggio), who is a dolphin. The animation of DiMaggio’s character is seamless to the point that one forgets he is a dolphin sometimes.

The series also uses several different references, including “James Bond,” “Friends,” “Die Hard,” “Carrie” and “My Big Fat Greek Wedding”. Although the references blend seamlessly within the show, the amount of references used can become tedious. They make the audience question the creator’s choice of using so many references and perhaps degrade the creator’s creativity in the viewers’ minds. However, the use of references does add to the comedic aspect of the series and make up for characters, including Reagan, who sometimes lack humor.

Although Reagan graduated from MIT at 13, she has a rather dry sense of humor that at times becomes intolerable. Throughout the ten-episode series, she makes jokes about abusing her power and takes advantage of that power against her friends. Even though she is considered a hero, Reagan is so arrogant and boring that without her intelligence and creativity, she would be a meaningless character. Without the humor from characters like Myc, a weird yet sarcastic mushroom-like alien creature, the show would drag. If the humor from secondary characters were to vanish, no viewer would have made it past episode two and the series would hardly be considered a comedy.

The first three episodes were conceivably the best of the series because of the spontaneity of Robotus. However, he disappears for three or four episodes, which is very disappointing. Nevertheless, in the majority of the episodes, Reagan and her friends get in a mess and Reagan saves the day. Because of this, the creators of the show should have changed the main plot of replacing the president, as the vital characters in that plot are barely showcased. Unless the show’s crew fine-tunes the plot in season two, viewers will find it difficult to see how Robotus, despite his good character, fits into the show.

Although the quality of comedy varies depending on the character, the animation and comedic use of current events caters to watching the series even if just to waste time. The show would be hard to characterize as bingeable because it does not compare to “Grey’s Anatomy” or “Friends,” but it delves into the deception of the American government in a way that is friendly and humorous to mature audiences. The whole show is virtual insanity with a hint of cliche themes, including enemies to friendship, and humor filled with realistic events. If you want an interesting look into the inner workings of the government, be ready to see a true inside job filled with manipulation and struggles for power. 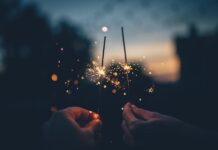 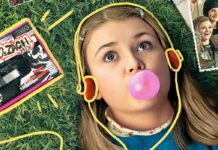 Music, Messages and a Mixtape 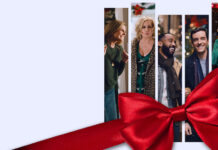