Home News Maclay Athletes on Their Way to College 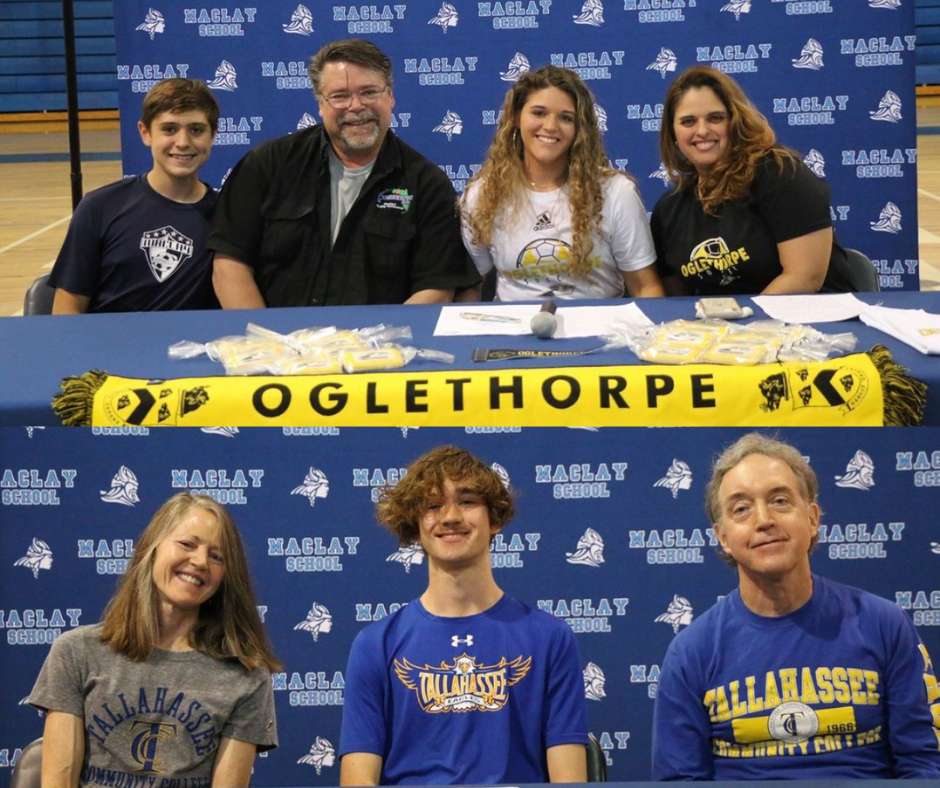 Maclay is well known for their hard working athletes, and these athletes are often recognized for their perseverance, talent and dedication to their sports by college coaches who recruit these students for their teams.

During lunch on Tuesday, April 27, Daniella signed her commitment to Oglethorpe University, surrounded by her family and friends. Her coaches at Maclay, Head Track and Field Coach Angie Milford and Head Girls Soccer Coach Paul Dickson, as well as Maclay’s Athletic Director Harold Hilliard, delivered speeches of their pride in her success and development of her character within her teams and as a person.

“Daniella has had a great season in track this year working her way to one of the top throwers in the Region,” Milford said. “As busy as she is with school, soccer, and life, Daniella has found the time to come to practice and put in the work to get better. It’s great to see an individual work hard and it pays off. Her ethic will continue in college helping her achieve her goals.”

During her time at Maclay, Streety’s main sport has been soccer, having played possibly every position on the field. She has been playing soccer for six years; whereas, she has only been throwing discus, her main track and field event, for two years. Streety originally was signing for their soccer team after meeting Oglethorpe’s Head Women’s Soccer Coach Wes Anania, but later, she also met their Head Track and Field Coach Kirk Shellhouse who offered Streety a position on the team to throw the discus.

“I made the decision to go to Oglethorpe because its academics and structure is similar to Maclay, which is helpful,” Streety said. “Athletically, I chose them because they were able to give me not only one great opportunity for soccer but also another great one for track. The coaching staff there sees greatness in me and a chance for me to excel and I’m beyond excited for the next four years”

On Thursday, April 29, another Maclay athlete, Leo Rutledge, signed his commitment to TCC with his parents by his side. Milford gave a heartwarming speech on Rutledge’s consistent excellence in his running, despite the obstacles he had faced.

“Leo has so much more to show the running community, it is exciting,” Milford said. “He is constantly learning about how to be a better runner. Leo does the little things that make the difference between a good runner and an elite runner. Ranked as one of the top milers during the track season, Leo’s season was cut short with a stress fracture. His college career will be exciting to watch!”

Rutledge is taking on both cross country and track and field at TCC. He has already been training with TCC’s Head Track and Field Coach Gary Droze and felt it was an easy decision to run in the program Droze leads. Rutledge has been a long distance runner since 2019 and has easily left his legacy at Maclay.

“Academically they are one of the best community colleges in the nation. Athletically I know I’m great training with Coach Droze considering his success at Maclay and what he’s already done with the XC/track program at TCC in the short time it’s existed,” Rutledge said. “Even though it’s only been a couple of years, running for Maclay has been the greatest time of my life. In just two years I’ve learned so much about my teammates and myself. There’s been so many highs and lows but the highs have been really high.” 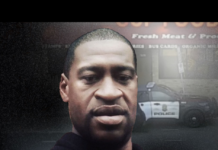 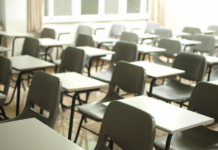 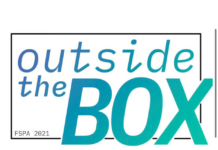