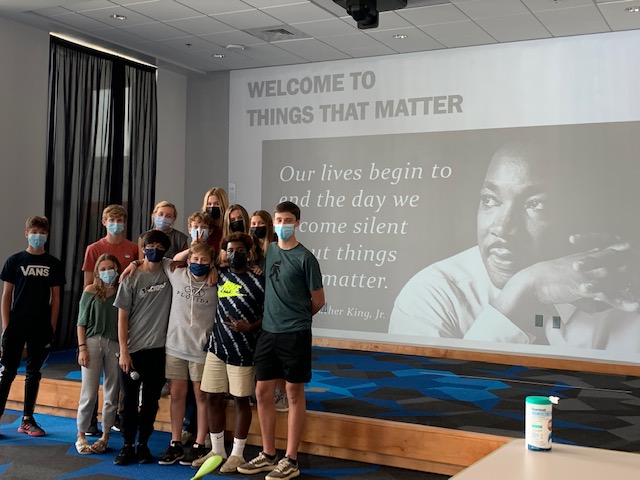 Students filled Maclay’s Langford Hall to attend the first meeting of the Things That Matter club. Lauren Fantle, an English teacher. is the sponsor for Things That Matter, which is a discussion group for any upper school student to join. The discussion group is a student-led symposium about student concerns, thoughts and interests. The first meeting was on Tuesday, Apr. 20 during the Flex period.

In the first meeting, the attendees made the rules for the discussion group and decided on future topics to discuss. The rules are one person speaks at a time, give everyone a chance to speak, refrain from harmful and hurtful language, raise your hand to speak to keep organized, don’t talk when others are talking, don’t judge others, express opinions but do not make it a debate, brainstorm and incorporate ideas, listen to what others have to say, share opinions, what happens in Things That Matter stay in Things That Matter, attack the problem not the person and put phones away. Other than making rules they made roles for certain people to partake in. One role is the parliamentarian. Freshman Kenley Robinson took this role and keeps everyone in check and on topic. Some of the many participants that went to the first discussion were Robinson, freshman Evan Nguyen, freshman Emeka Amanze, freshman Richard Smith, freshman Ellis Strickland and freshman Myles Fisher. The discussion topic decided for the second meeting on Thursday, Apr. 22 was mental illness, to be led by Smith.

“I think that Things That Matter is very helpful for students,” freshman Aiden Merritt said. “It helps them express themselves and gives us a platform to talk about things we care about.”

The second discussion was held in Fantle’s classroom during the Flex period. There were a total of 15 attendees. The participants were Fisher, Emanze, Merritt, Strickland and Nguyen, along with freshmen Susan Koepell, Olivia Bastien, Jimmy Scheer, Robinson, Oliva Bishop, Mary Kate Brady, Anne Mason Roberts, Davis Wagon, Kate Hammett and Smith. Smith started the meeting off with a powerpoint on mental illness, and the students went into further details. Some other topics covered were drugs and alcohol, depression, how to help people in need and God.

“I do enjoy being able to discuss among other students because one of the rules for Things That Matter is that it is a judgement free zone,” Robinson said. “We leave our opinions and bias out the door. It allows you to say what you are thinking without fear of getting judged.”

The next discussion will be in Fantle’s room during Flex on Apr. 26. The topics that will be covered are quarantine led by Fisher and social media led by Robinson. To find more information and get further updates you can follow @things_that_matter_maclay on Instagram.

“Students wanted a forum like this,” Fantle said. “We wanted to create this forum, so yes it came from student desire.” 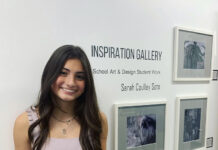 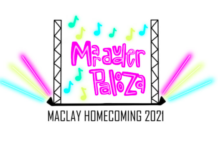 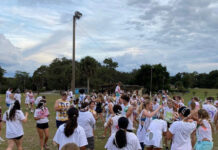