The spread of Covid-19 has become an international issue and is the focal point of modern society. This is one of the few times in recent history where a virus has torn through large parts of the world. In the United States, the issue of close quarters and safety has come up. As most people can socially distance, the spread has been slowed down, but in state prisons, there is no way to maintain a safe distance from other prisoners, leading states to face the tough question on how to keep their prisoners safe.

As a result of these safety concerns, some states have begun to release their prisoners. According to Ballotpedia, “Sixteen states have ordered the release of inmates at the state level.” These prisoner releases are a concern for everyday citizens because criminals now are being freed before their sentences are over. They are not being exonerated for good behavior but simply to stop the spread. This is unwise and dangerous.

Many news networks have praised the release of prisoners. The argument that is brought up to justify the early release of these convicted felons is fairly simple. The district attorneys from New York wrote to ABC News, “”We fully appreciate the unique risks that the COVID-19 virus poses in our jails, and we agree that the number of those incarcerated must decrease to limit the spread of the virus.”

Certainly, efforts to protect everyone from the virus, no matter if they are a criminal or a law-abiding citizen, should be taken. However, according to the headline for CNN’s article on April 10, “Releasing prisoners during the Covid-19 crisis makes good sense”. This is not the case; much more caution must be taken before such a release can make “good sense.”

There are many reasons why this issue cannot simply be fast tracked due to the spread of the virus, and the most pressing one is the question of if the released criminals will commit crimes. The answer is mixed but unfortunately, there have already been cases of these criminals harming the law-abiding public. For example, in Florida, the Hillsborough County Jail released prisoners due to. The New York Times reads, “One day after officials in Hillsborough County, Fla., released more than 160 inmates, one of them shot and killed a man in Tampa, the authorities said.” The man was one of two who immediately committed crimes.

The second issue that lurks under the surface of a release of these prisoners comes from an economic point of view. It is no secret that previously convicted felons have a harder time getting a job. However, the true numbers are shocking. According to Prison Policy Initiative, “We find that the unemployment rate for formerly incarcerated people is nearly five times higher than the unemployment rate for the general United States population.”

The Intelligencer and many other news sources reported as of this week that America’s unemployment rate is around 20 percent. 26 and a half million Americans have lost their jobs in the last five weeks. This means that the newly released prisoners will enter an economy that has no ability to hire that already is five times less likely to hire them over other citizens. With odds like this, how can these free felons support themselves?

Unemployment can greatly worsen the mental state of those unable to find needed work. According to the New York Post, “Every 1 percent hike in the unemployment rate will likely produce a 3.3 percent increase in drug-overdose deaths and a 0.99 percent increase in suicides, according to data from the National Bureau of Economic Research.” This will directly affect these felons who, according to well founded statistics, will suffer from unemployment five times more severe than the rest of working America.

Many prisoners suffer from substance abuse before being arrested. The Nation’s Health says, “Released in February, the center’s second report on the topic found that of the 2.3 million U.S. inmates, 1.5 million suffer from substance abuse addiction and another 458,000 inmates either had histories of substance abuse, were under the influence of alcohol or other drugs at the time of committing their crimes; committed their offenses to get money to buy drugs; were incarcerated for an alcohol or drug violation. Combined, the two groups make up 85 percent of the U.S. prison population.”

The next issue that can be raised comes from herd immunity. The Federal Bureau of Prisons state that the large majority of inmates are 31 to 41 years old. Only six percent of all federal prisons are made up of persons over 61. People over 65 and those with underlying conditions are those that are in immediate danger from Covid-19.

With this in mind, most inmates are not in direct danger. In fact, in Sweden, they decided to not socially distance at all. The results speak for themselves. CNBC reported that, “In major parts of Sweden, around Stockholm, we have reached a plateau (in new cases) and we’re already seeing the effect of herd immunity and in a few weeks’ time we’ll see even more of the effects of that. And in the rest of the country, the situation is stable,” Dr. Anders Tegnell, chief epidemiologist at Sweden’s Public Health Agency, told CNBC.” In fact, twenty percent of Stockholm’s population is already immune. This information should be heavily considered during discussions about releasing prisoners. If Sweden is already on the mend, this proves that prisoners are not in any imminent danger.

If thousands of prisoners are impulsively released, not only will citizens’ safety be put into question, but also prisoners will face a hostile economy that will not let them provide for themselves. Governors should move the small percentage of prisoners that are over sixty-five to safer living and keep them away from the rest of the prison population. People need to keep in mind that if herd immunity has worked once then it will work again. The prison system is not always safe, but outside the walls of the prisons show that the world is far more hostile to the prisoners that may be released. 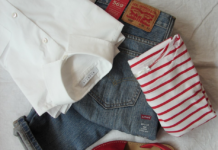 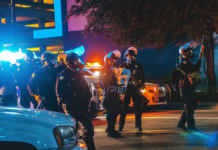 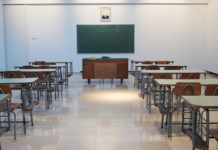