On Monday, October 21, Tallahassee Mayor John Dailey opened up city hall to youth leaders from all area high schools for a day filled with civic learning and engagement.

Tallahassee Youth Government Day – as it was penned by Dailey – is the first of its kind under his leadership and the first in recent years. The day was based off of a local government week-long program that the city used to run. Dailey himself participated in that program as a high school student.

In addition multiple public school students, Maclay had four students in attendance. I – along with senior Will Kirkpatrick and juniors Spencer Gibbs and Kameryn Davis – got to experience a day filled with activities that Dailey himself organized and led.

“Mayor Dailey is incredibly nice, and it was obvious how much he loves what he does and how much he wanted to be able to share it with the younger generation,” Gibbs said. “I hope the city decides to do the program again so other Tallahassee students can be able to get a hands-on experience with their local government. “

We kicked off the morning with breakfast and then proceeded to the chamber room where we got to listen to multiple speakers. After hearing from Dailey, we were introduced to the day’s keynote speaker – Mr. Skip Foster, the head editor and publisher of the Tallahassee Democrat. Foster took the time to educate us on mainstream media and partisan journalism and the effects its bias can have on news. After assuring us that the Democrat chooses no side, Foster also took the time to explain the critical role that journalists play in civically educating society.

Aside from Foster, we also heard from City Commissioners Elaine Bryant and Dianne Williams-Cox. Mayor Pro Tem Curtis Richardson also made an appearance later in the day.

In between speakers, Dailey explained the role of the City Commission and dove into how the city itself is managed by introducing City Manager, Reese Goad. According to Dailey, Goad is in charge of running the city and its day-to-day operations. In addition to explaining Goad’s role, Dailey also introduced City Auditor Dennis Sutton and Chief of Staff Thomas Whitley and discussed their roles in the city. Representatives from the Florida League of Cities were also on hand to explain to us the importance of municipal government.

After spending the morning hearing from speakers, we were instructed to create and draft our own mock city ordinances to be debated on in a mock city commission meeting later in the afternoon. The time spent drafting was also used for students to campaign if they wished to run for mayor. The person with the top votes would become mayor, second place would be mayor pro tem and the next three would become city commissioners.

At lunch, candidates presented speeches on why they should be voted mayor. When voting ceased, Rickard’s senior Apurva Srivastava was elected mayor.

When lunch adjourned, we went back to the chamber and prepared for our mock session. The elected members of the city commission took that time to appoint students to positions – such as city attorney, treasurer-clerk and chief of staff. In fact, Kirkpatrick was appointed as the Mayor Srivastava’s chief of staff.

As everyone began to settle down in anticipation of our simulation, Dailey informed us that he had one more surprise for us. This surprise took the form of Florida’s Attorney General, Ashley Moody. After addressing students and telling us how glad she was to be there, Moody “swore in” the newly elected members of our mock commission. She attributed this ceremony as the first time she has conducted one since her time as a judge.

Finally, our meeting was called to order and the docket was set with our drafted ordinances. The commission, with Dailey lending a helpful hand, heard multiple ordinances and those in the audience were able to declare why they were in support or contempt of the proposed ideas. Audience members also got to ask the drafters questions – which had the potential to influence some of the commissioners’ questions and decisions. After two hours, the simulation concluded and the commission passed three ordinances after hearing nearly ten.

“The whole experience was a great bit of fun, from the ordinance drafting to the mock commission meeting,” said Kirkpatrick. “Being Chief of Staff to the mayor gave me a lot of insight to city policy making. It was great to see Mayor Dailey up close and personal. I got to speak to him a lot through the mock meeting and he gave me lots of good advice.”

Dailey congratulated everyone on a job well done and informed us that he has plans to continue this into the future – as well as creating a teen council for the city. While no plans are currently formalized, Dailey assured us that he and his team are working on all ideas. 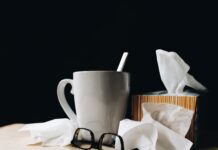 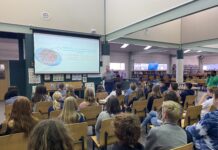 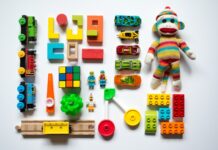